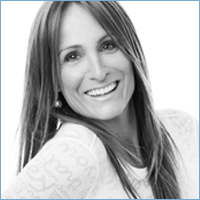 Linda Sivertsen is a Celebrity Interviewer, a NY Times bestselling co-author, and a magazine editor, whose been writing about the environment for over a decade. She does “Green Hollywood” spots for Leeza Gibbons’ nationally syndicated radio show “Hollywood Confidential”, and is a contributing writer for Delta Sky magazine’s Green Scene department. She and her 17-year-old son, Tosh have a new book coming out with Simon & Schuster called Generation Green: The Ultimate Teen Guide to Living an Eco-Friendly Life. Linda grew up in Northern California with her environmentalist mother who saved their bath water to water the lawn long before that was the hip thing to do.

Linda raised her son Tosh in a sustainable, solar “off the grid” home she helped build in New Mexico and in Los Angeles. She’s thrilled to have written Generation Green with Tosh to share with teens the cutting-edge, timely, and easy-to-implement everyday actions that have long been second nature to them. She and her work have been featured in many venues, specifically CNN, Leeza, Extra, the E! Channel, as well as the Star, the New York Times, and the New York Post.