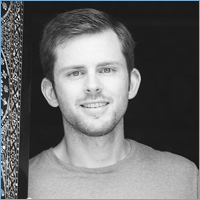 Chris Guillebeau is an American entrepreneur, author, and speaker. He is best known for his popular blog, The Art of Non-Conformity, and his book of the same name. He has also written guides for travel and small business topics under the brand Unconventional Guides. He organizes the annual World Domination Summit in Portland, Oregon.

The Art of Non-Conformity is a blog discussing entrepreneurship, travel, and personal development topics. Guillebeau’s focus is helping people live life by their own rules using a “non-conformist” lifestyle. His blog traffic grew substantially after the release of a manifesto, A Brief Guide to World Domination, in 2008.
The site has an Alexa ranking of under 30,000, indicating that it is one of the top 30,000 most visited websites on the internet It is in the top 15,000 most visited sites in the United States.

Guillebeau wrote a book under the same brand as his primary blog. The book focuses on similar topics. Guillebeau has stated that all proceeds from the book will be donated to Charity:Water. The booked reached #20 on the Amazon Job Hunting & Career Guides section.

A second book, titled The $100 Startup: Reinvent the Way You Make a Living, Do What You Love, and Create a New Future, was released on May 8th, 2012. It debuted at #61 in Amazon books and #1 in the Entrepreneurship, Job Hunting & Career Guides, and Education and References sections.

The $100 Startup: Reinvent the Way You Make a Living, Do What You Love, and Create a New Future, Chris Guillebeau (Crown Business)