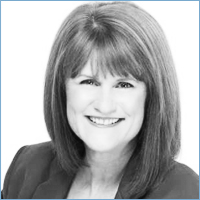 Creator of the popular Financial Stress Reduction® Workshops which now has licensed Coaches throughout the country, Chellie Campbell’s first book was The Wealthy Spirit: Daily Affirmations for Financial Stress Reduction (Sourcebooks, 2002) which was chosen as a Book-of-the-Week on the Dr. Laura Schlessinger radio show and a GlobalNet Book-of-the-Month selection. Her publisher asked her to write her second book, Zero to Zillionaire: 8 Foolproof Steps to Financial Peace of Mind, which was released by Sourcebooks in April, 2006.

Chellie’s work is highlighted in the books of many of the teachers from The Secret: she is one of Marci Shimoff’s “Happy 100” in her current NYT bestseller Happy for No Reason and as a “Financial Guru” in James Arthur Ray’s NYT bestseller Harmonic Wealth and has also contributed stories to Jack Canfield’s recent books You’ve Got to Read This Book! and Life Lessons from Chicken Soup for the Soul. In How to Run Your Business Like a Girl (Adams Media, 2005) by Elizabeth Cogswell Baskin, Chellie is one of three entrepreneurs featured in every chapter and is also prominently quoted as a financial expert in Money, A Memoir: Women, Emotions, and Cash by Liz Perle (Henry Holt, 2006). Chellie has been featured on numerous television shows, more than 100 radio shows, quoted in Good Housekeeping, Pink, Lifetime, The Los Angeles Times, Entrepreneur, Essence, Woman’s World, and more than 35 popular books.