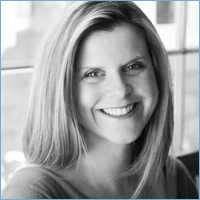 Amy Ahlers, The Wake-Up Call Coach and bestselling author, is on a mission to wake up your Inner Superstar so you shine bright! After years of being a top producing online media Sales Executive she discovered the world of coaching in 2000 and never looked back. She is an International Certified Success Coach, the CEO of Wake-Up Call Coaching, the co-founder of Inner Mean Girl Reform School and the creator of The Exposing the Big Fat Lies Summit & The Women Masters Tele-Seminar Series, where she has spoken alongside luminaries such as Marianne Williamson, SARK, Lisa Nichols, Marci Shimoff and many more.

Amy has been a featured expert on lots of TV & radio shows, and for publications like The Washington Post, The Huffington Post, and Oakland Magazine. She loves lighting up the stage at retreats, conferences and conventions where she wakes people up to the voice of their Inner Wisdom and helps them cultivate the courage to act on it. Her first book, Big Fat Lies Women Tell Themselves: Ditch your Inner Critic and Wake Up Your Inner Superstar was released in October 2011 by New World Library and shot up to #1 in several categories on Amazon, including Self-Help, Happiness and Self-Esteem.